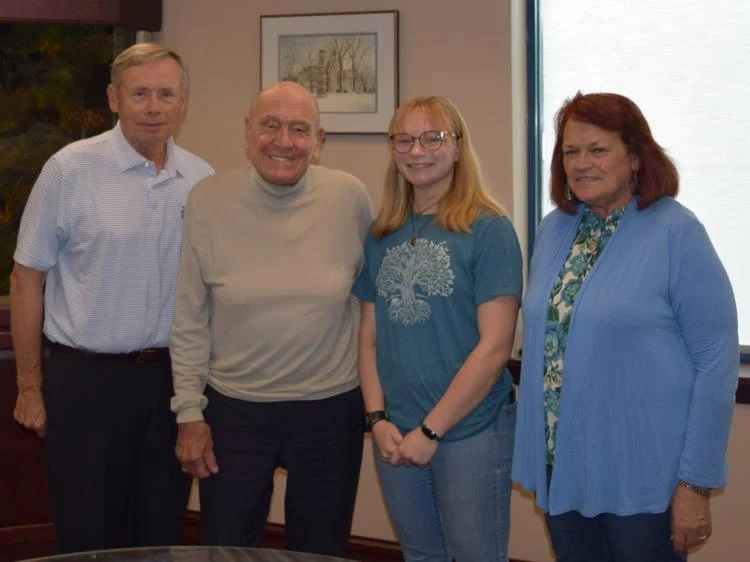 Starting on the left, Huntingdon County Foundation president Lawrence Newton, John Leone, Sophia Wood, and Ann Dunlavy of Lincoln Caverns.
Sophia Wood, a sophomore at Penn State University, is the latest recipient of the Leone Family Scholarship. The scholarship was founded nearly a decade ago by Bonney Forge CEO John Leone and his family in memory of their son, Rick Leone, who passed away unexpectedly in April 2012. The Leones donated the sum of $150,000 to the Huntingdon County Foundation to be utilized by the foundation to create the scholarship. The scholarship is awarded to a Huntingdon County student enrolling in the College of Earth and Mineral Sciences (EMS) at Penn State University, University Park campus. The foundation had over $30,000 to allocate to Wood.
Leone Family Scholarship Awarded
Business Directory Events Calendar Hot Deals Member To Member Deals Job Postings Contact Us Weather